In this project, surrounded by nature, concrete and steel were incorporated to bring shelter to its users.

The structural solution allows the wide visuals and free circulation from living and dining rooms to the garden. This beach house, mostly used during the summer, was built to accommodate up to 20 people.

The main access door lays below the inverted concrete box, which allows an unobstructed sea view from the moment the user walks in the house. To free up space, pillars were substituted by long metallic beams connected to the concrete box, responsible for conducing the forces down to the ground, allowing a wider and open space.

The hallway leading to the rooms was built around the conception of a transitional space communicating social and intimate areas. The walls were made by alternating terracotta and matted glass. The house also has service facilities, like gear rooms, staff accommodations, and social spaces such as sauna and outdoors gourmet areas. 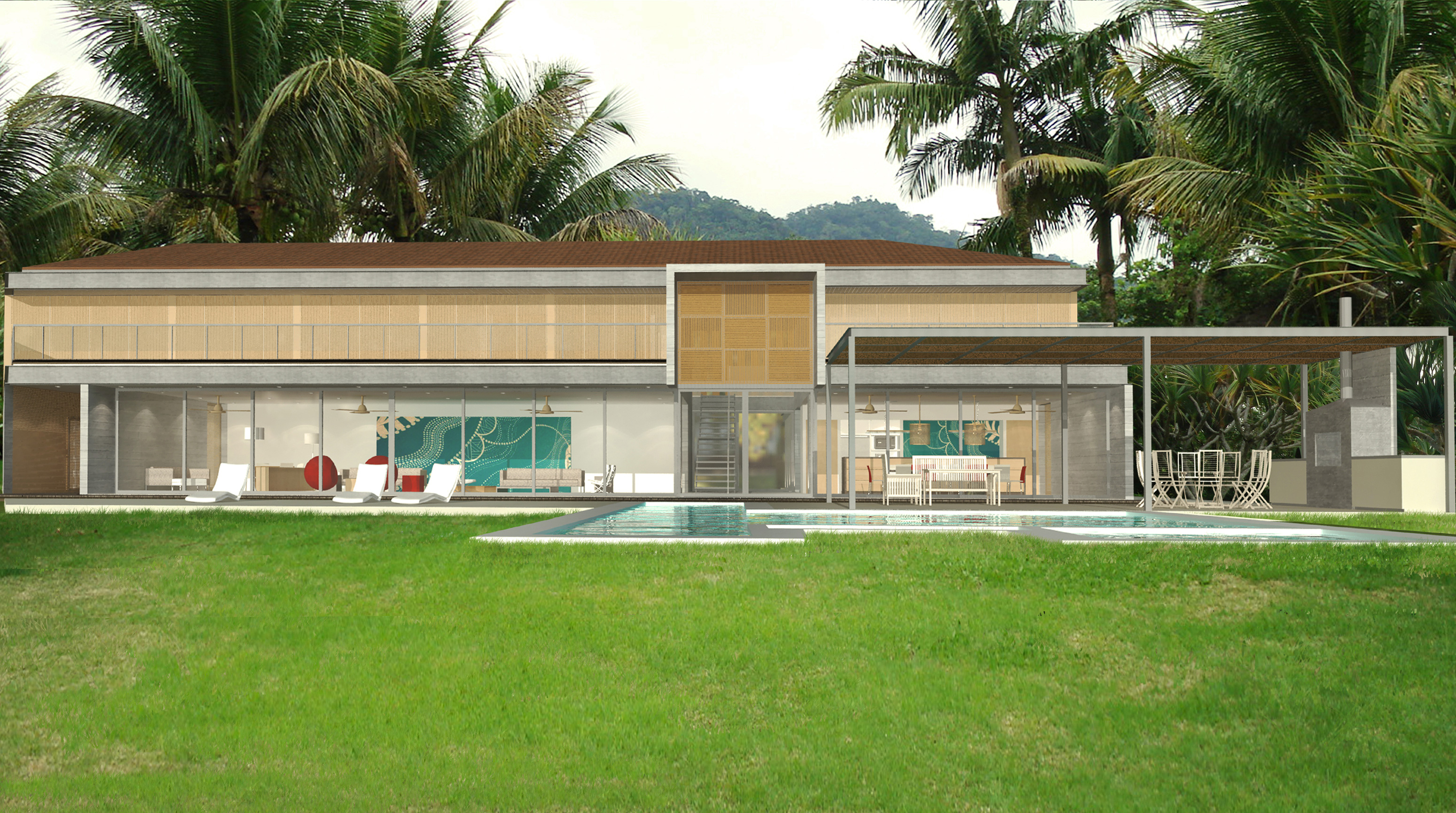 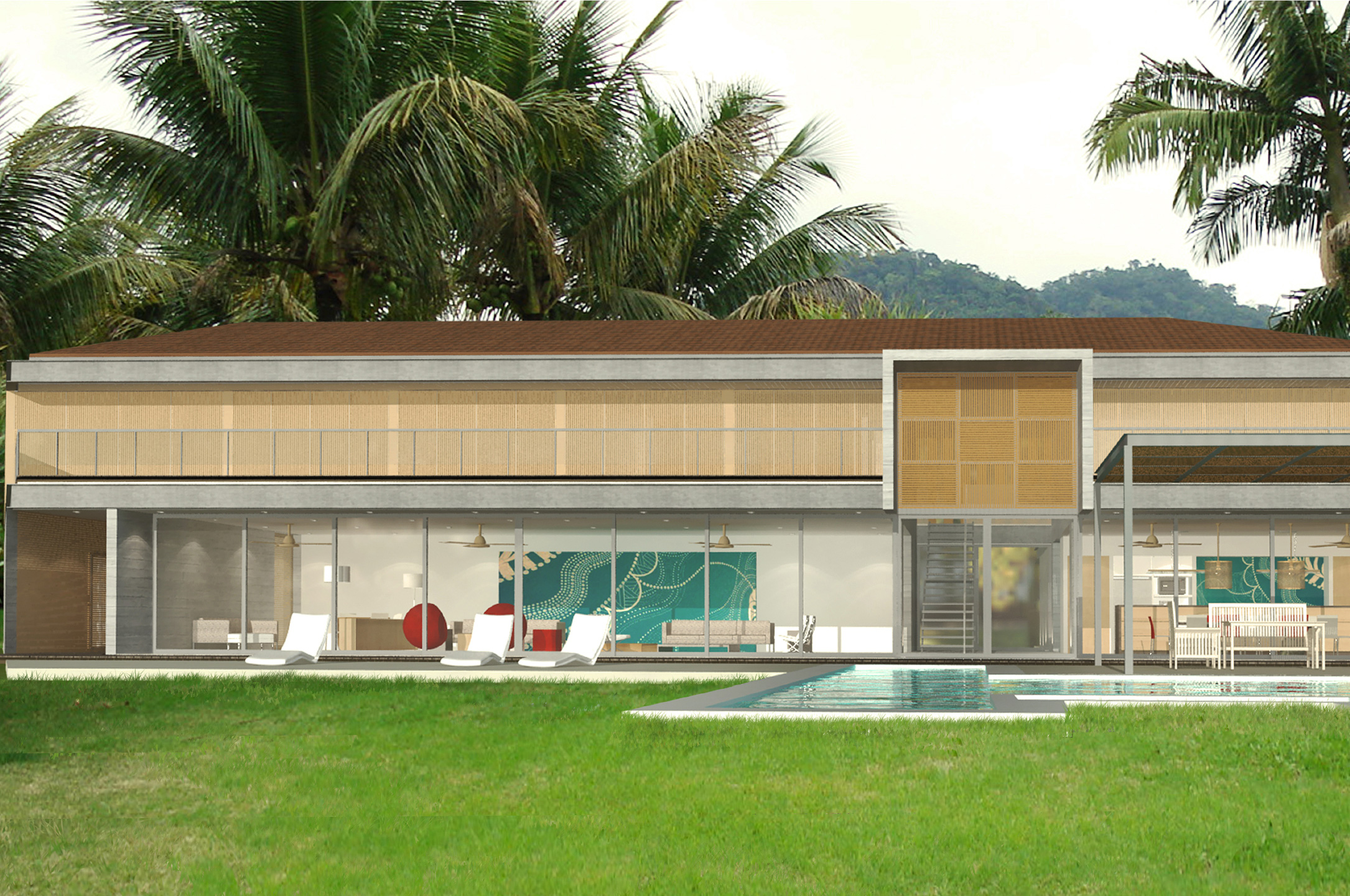 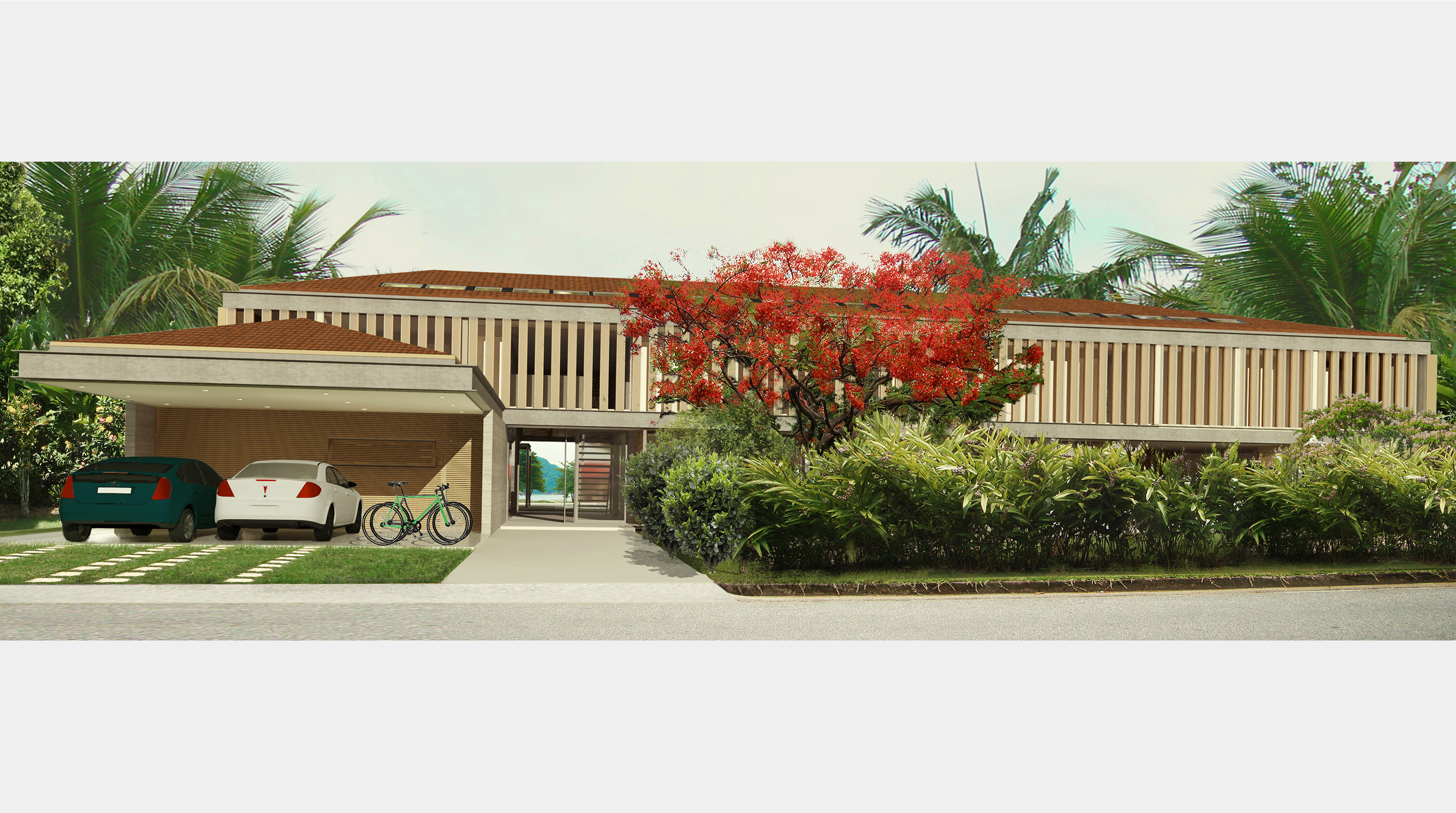 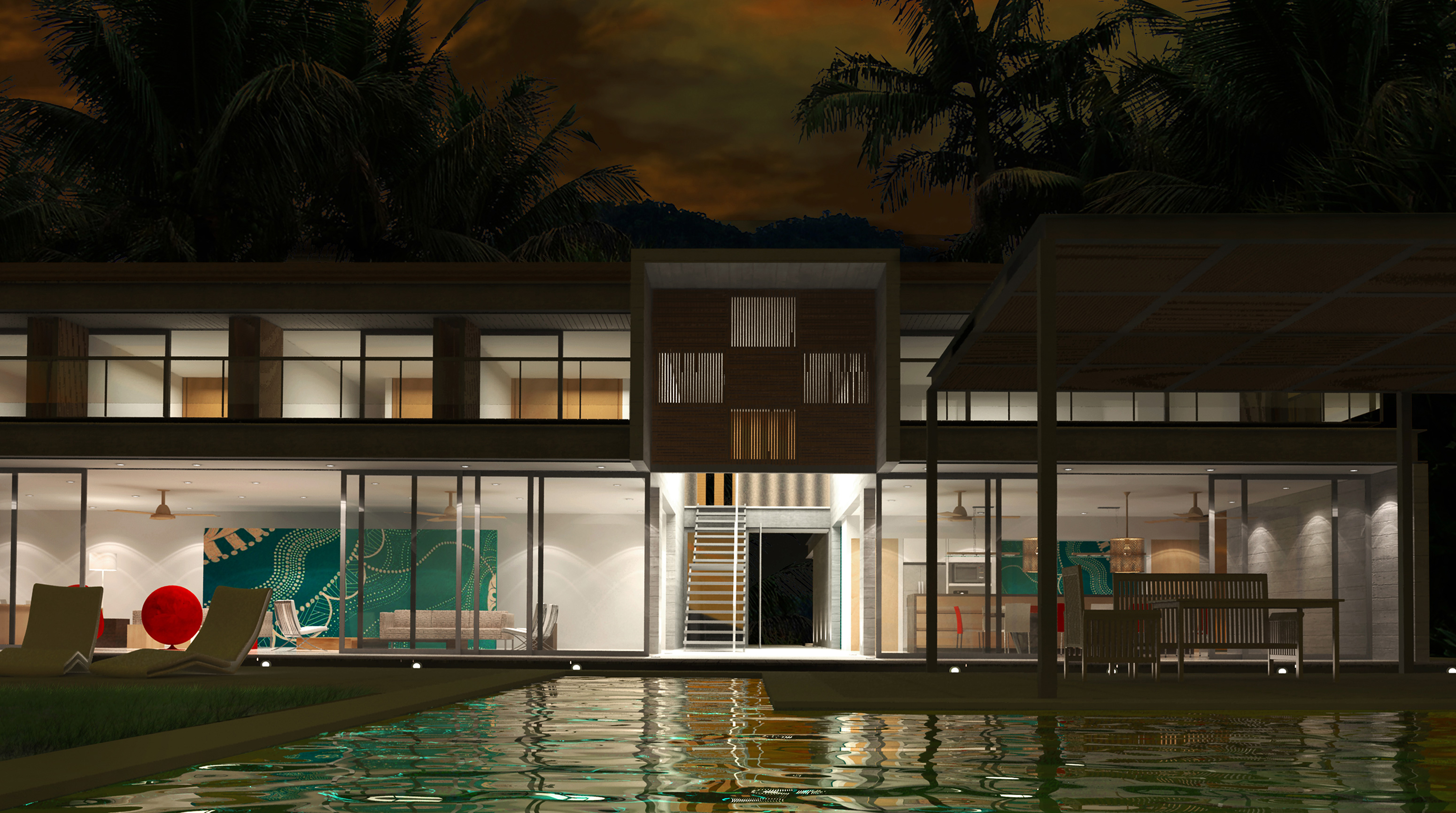 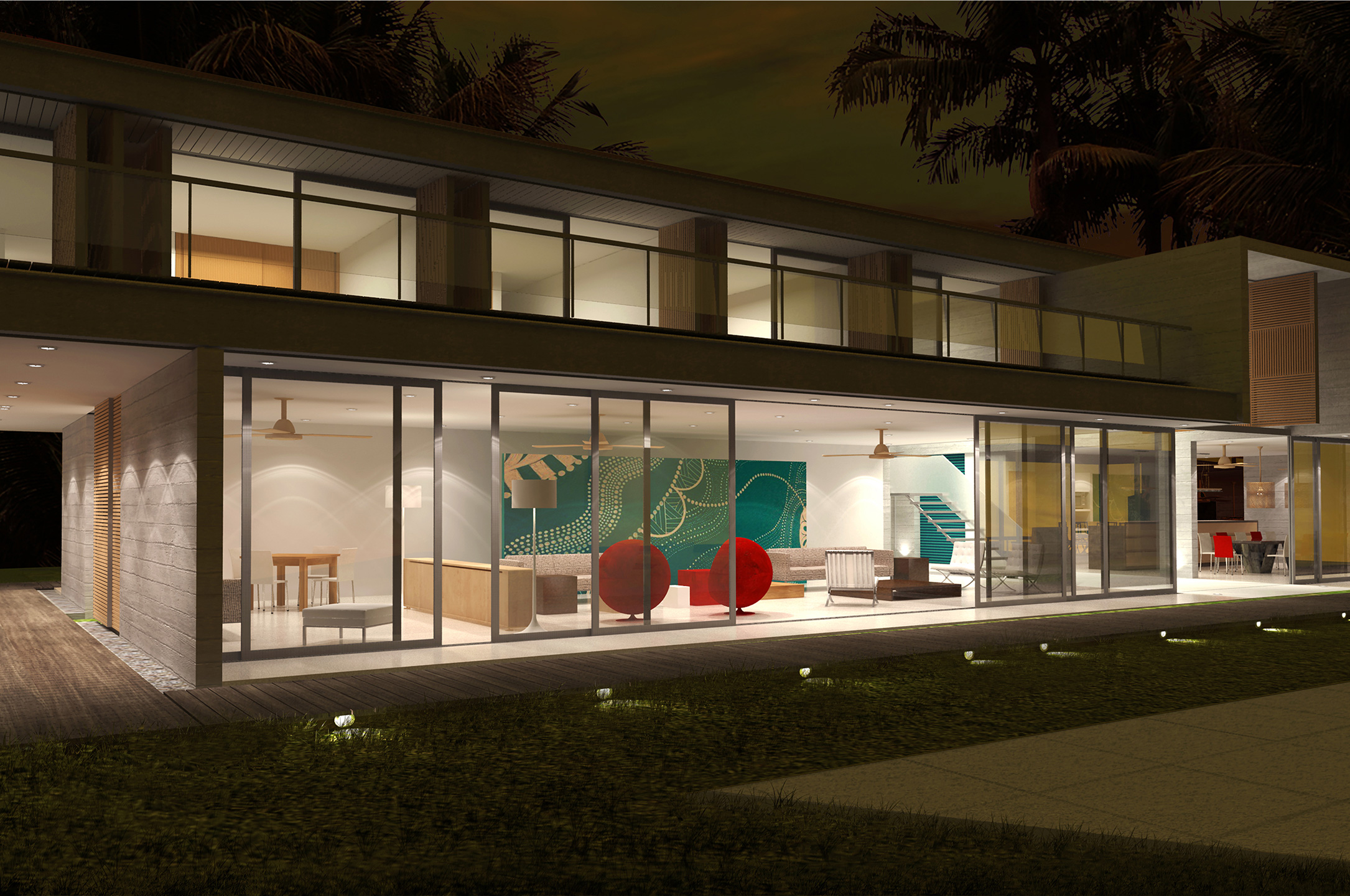 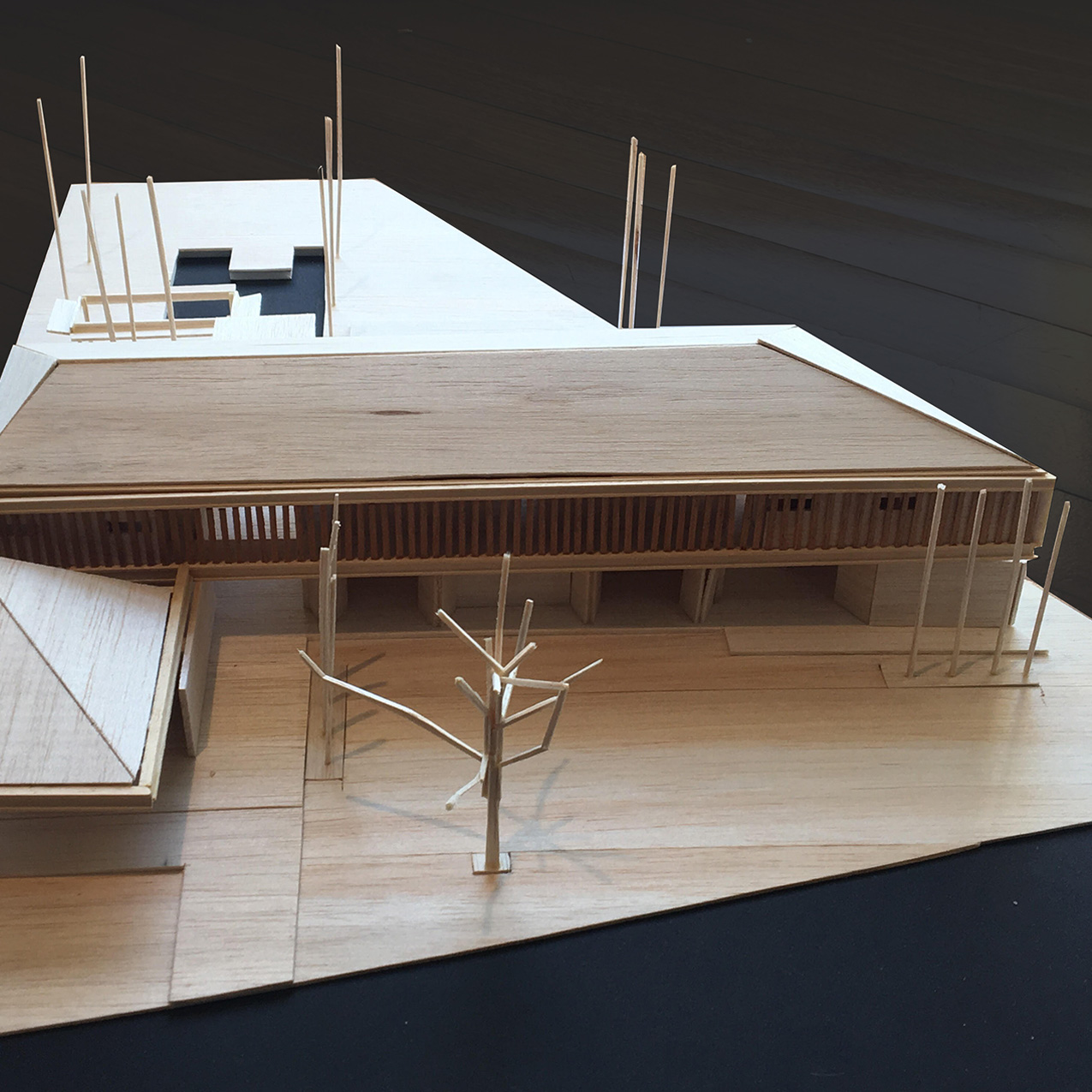 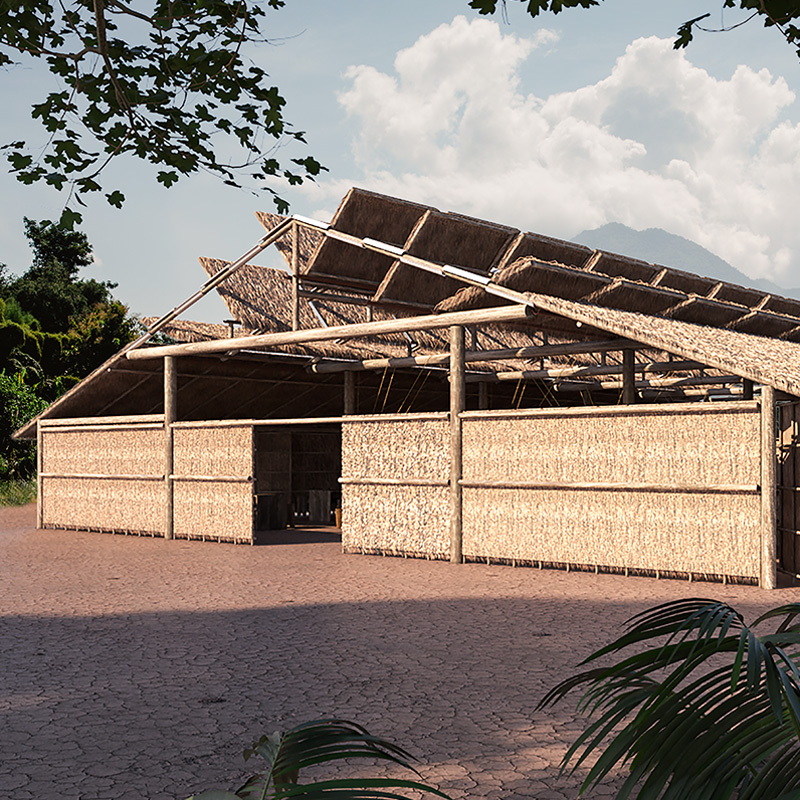