When this project schematic design was first presented, the client realized that the tree house, initially conceived to gather the children, should also be oriented to the family adults. As the older members realized they wanted to use (play) there as well, Studio MEMM aimed for a new goal: to materialize the beauty behind every tree house. Such buildings can flourish in every person a playful inner self, independently from age. Architecture had to become a floating magical space in the woods, where family generations could enjoy time together on this getaway, scaping from the city.

Before starting the project's conception, it was necessary to choose the tree and understand its context. The garden, densely populated by numerous tree species, brings privacy and ambience to each program around the wetland area. The closings of the tree house were designed as glass planes, allowing a stronger relation between interior and exterior. To attach the glass on the façades, the frames, initially conceived in wood, were replaced by aluminum ones, due to their slender character. With a dark graphite finish, they stand out from the wood, emphasizing the limit between the built and the void.

The house is composed of two volumes positioned among the tree branches. The first and smaller module, 4 by 1.5 meters, is a reception and support space that had its original position preserved. The second, with 4 by 3 meters, was made to receive the permanence activities, and had to be displaced to accommodate the torsion of the trunks that, as they gain height, change position. Besides these structures, there are two walkways: a smaller one, which connects the two modules, and the large walkway connecting the tree house to the main property light spots placed on the ground level reveal the trunks and treetops. The softly lightened branches and leaves filter the dark sky above. In the interiors, light fixtures were installed on the floor, washing the brise soleil from bottom to top, bringing light, instead of shadow, to the lower part of the geometries. The solution emphasizes the view of the inside from the outside of the house and contributes to the discovery effect of the element in the heights. 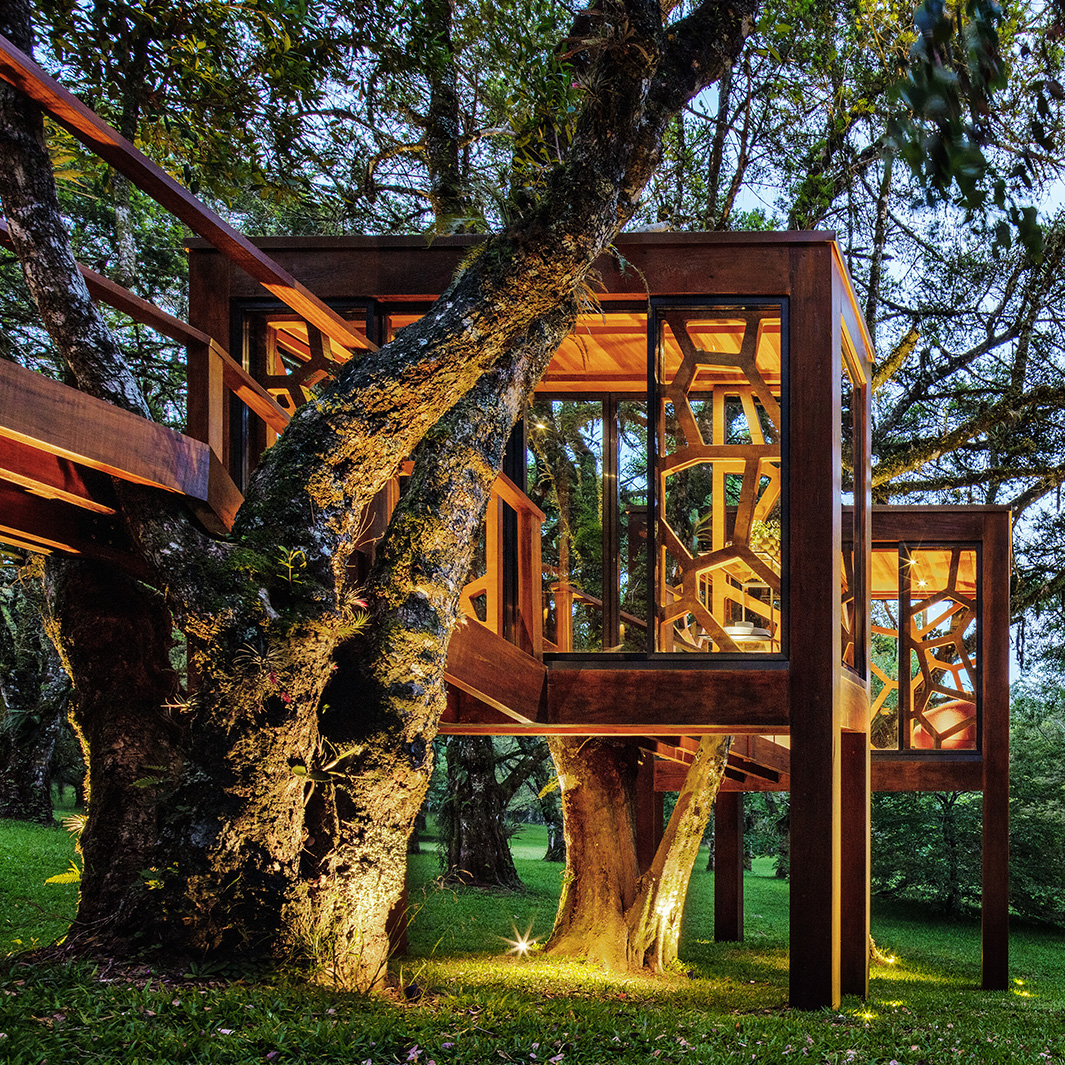 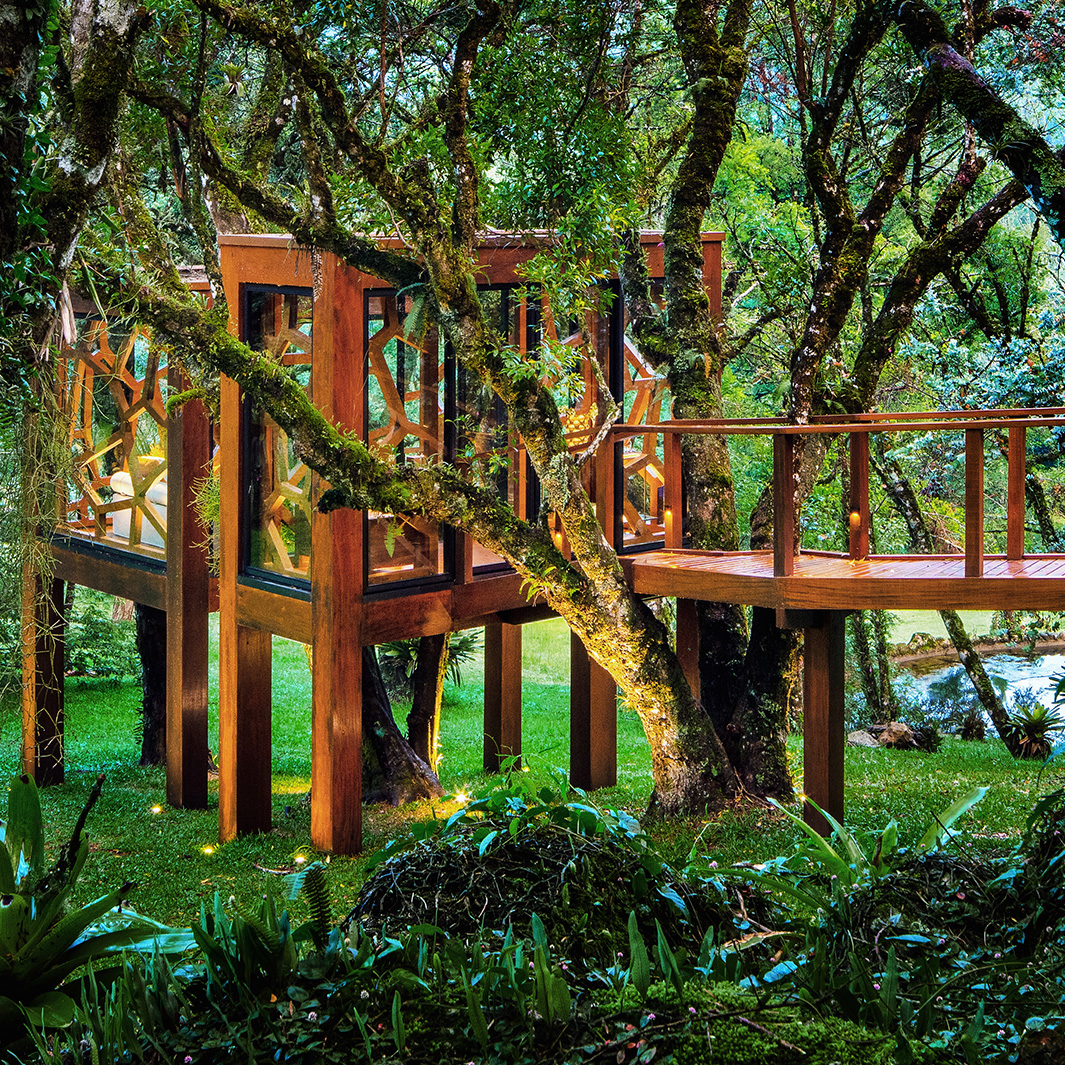 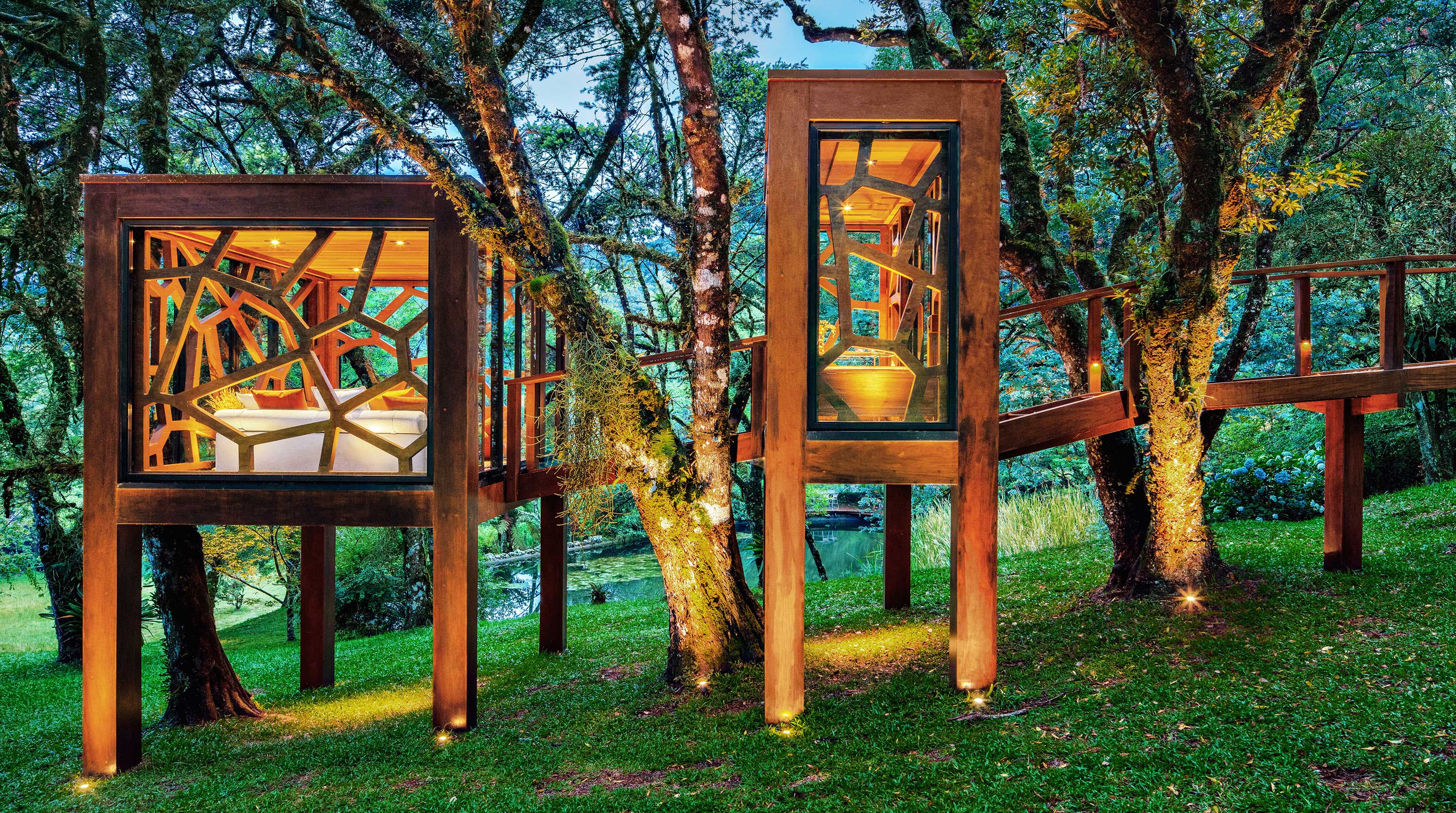 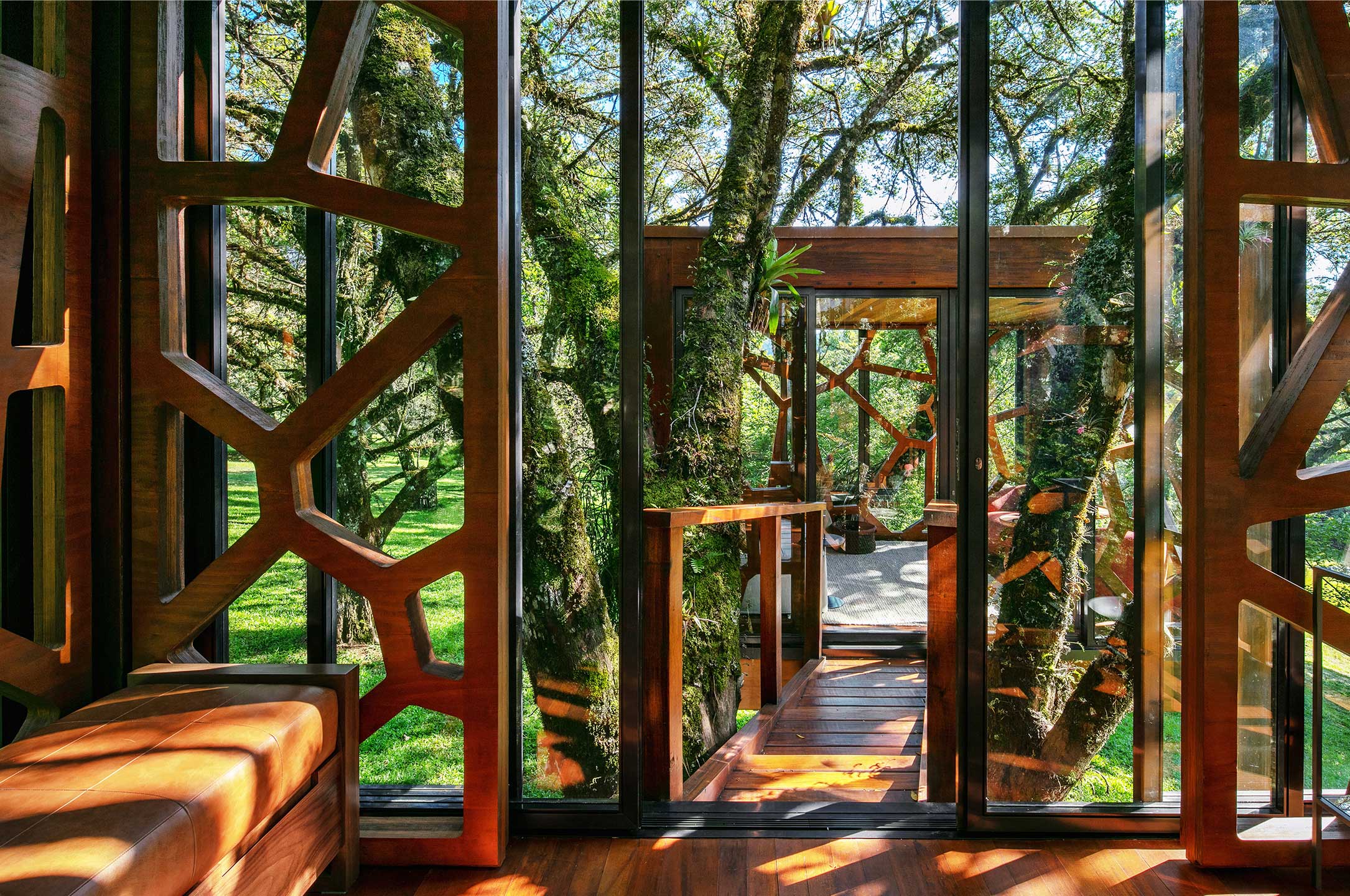 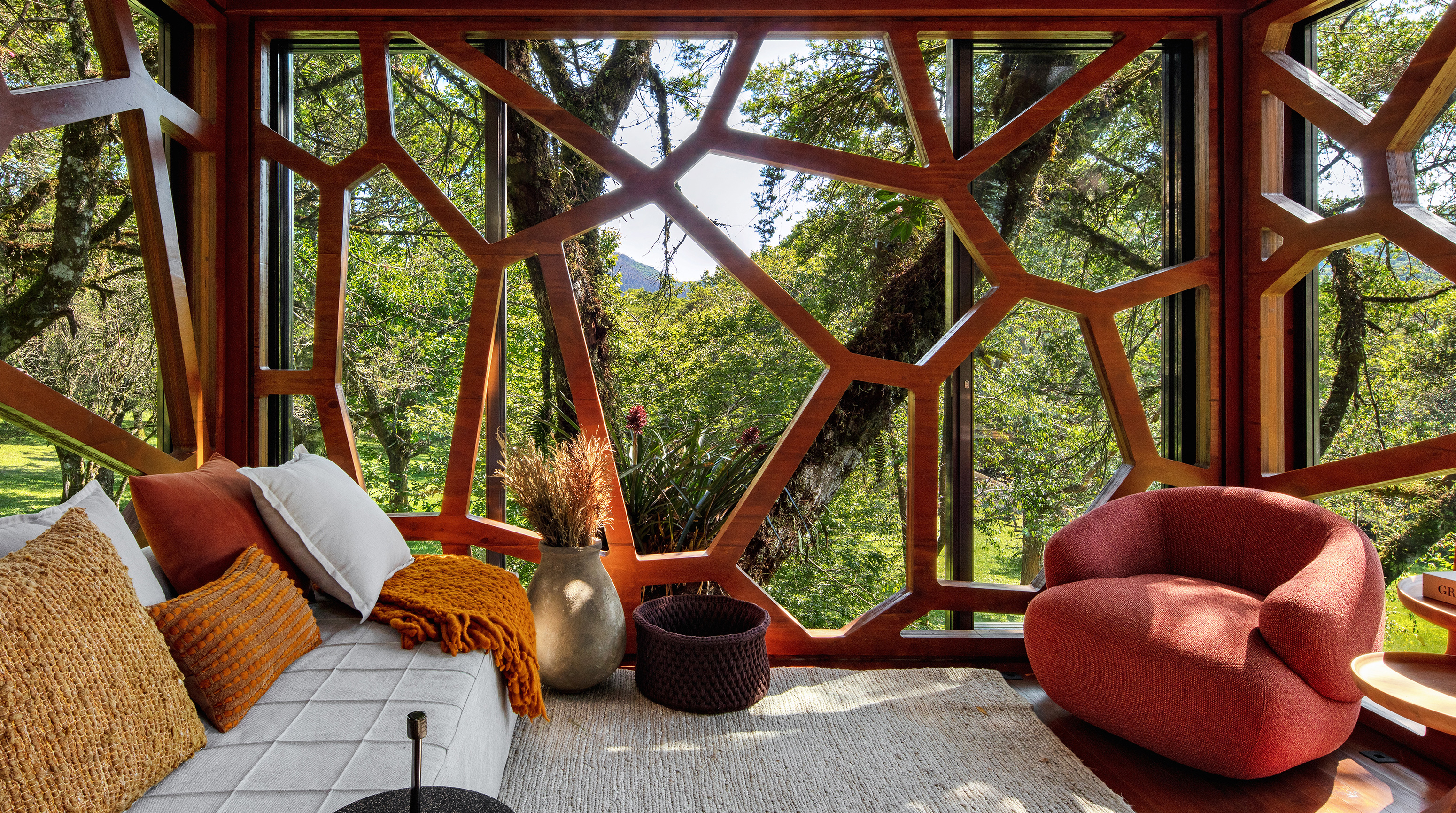 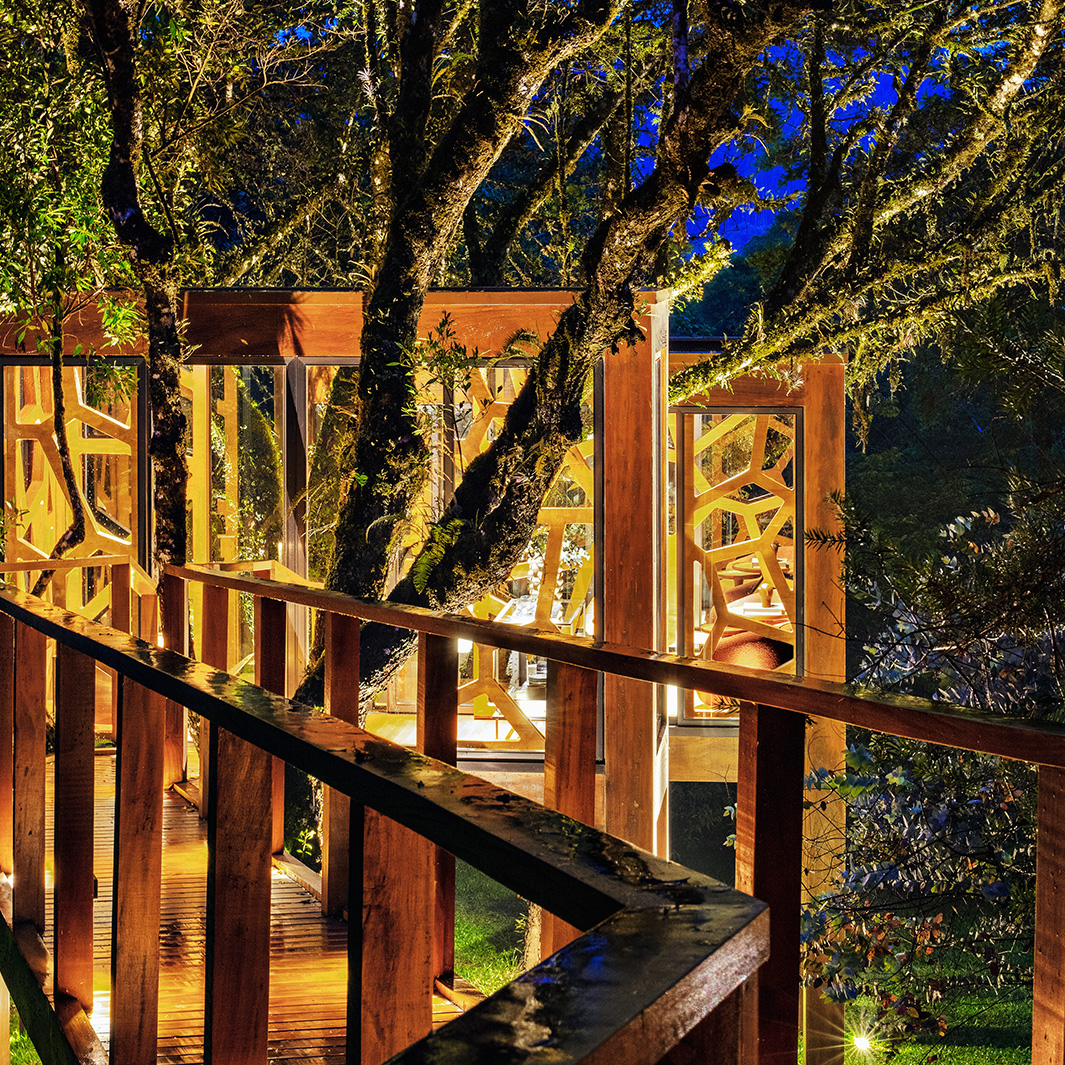 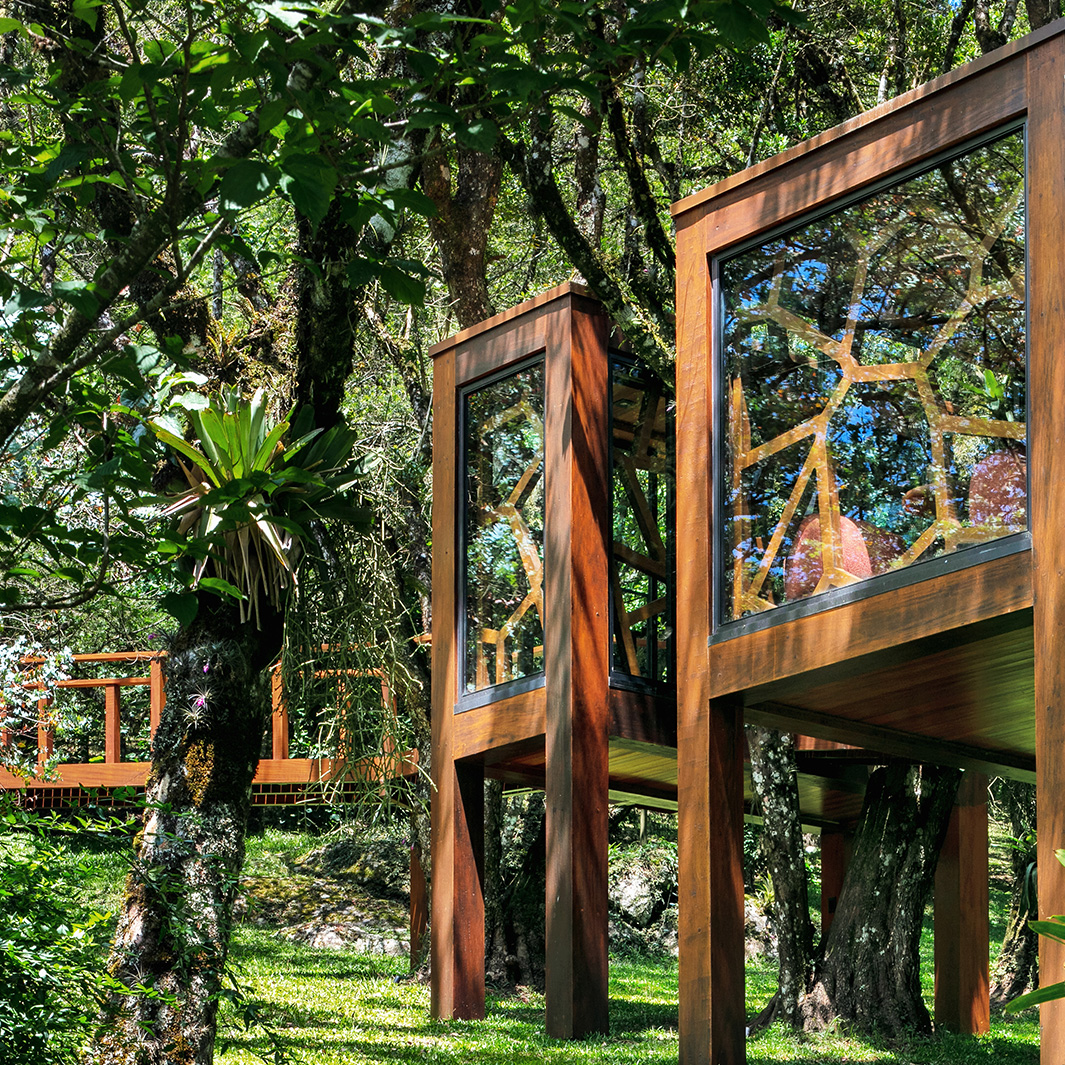 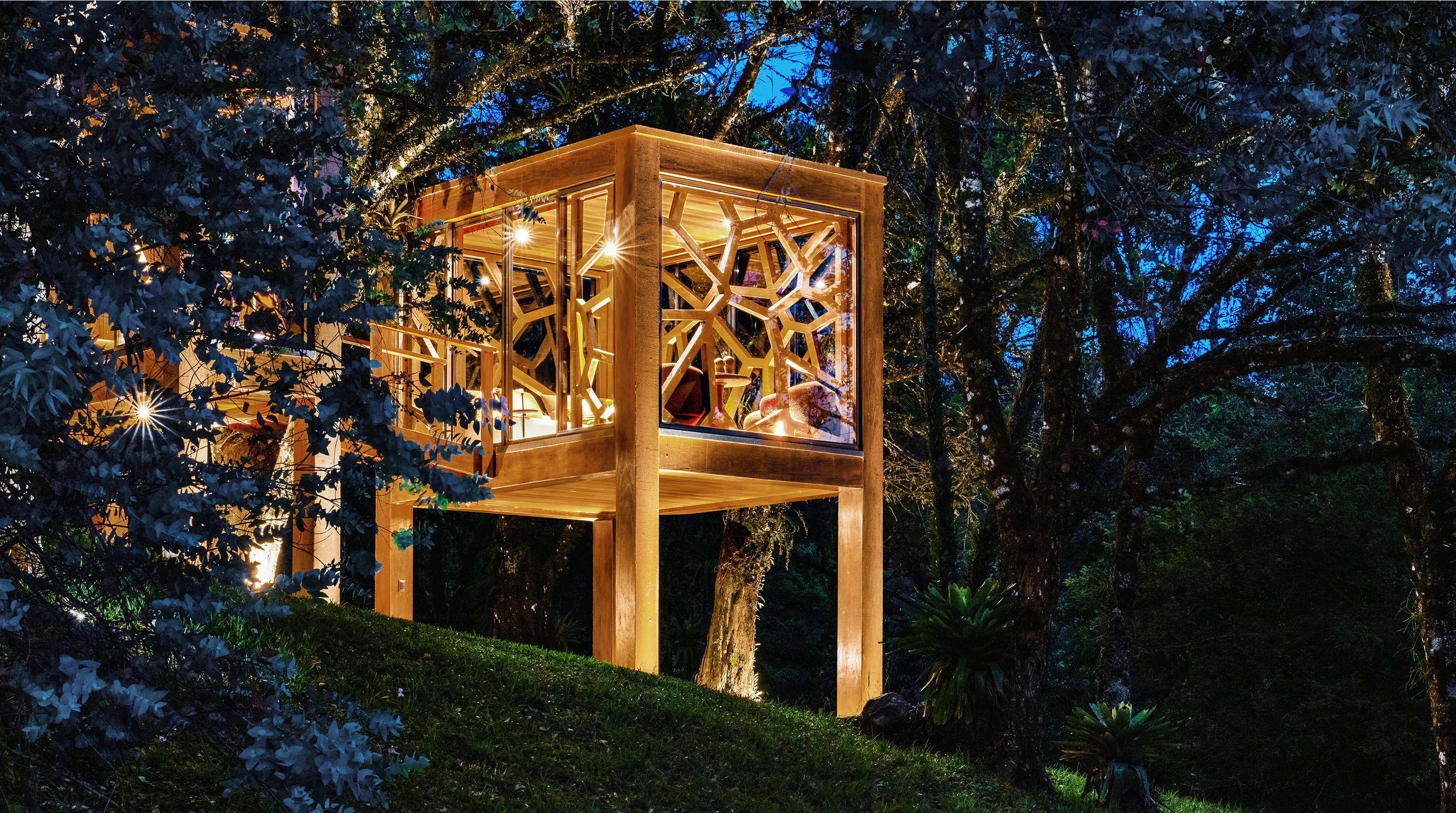 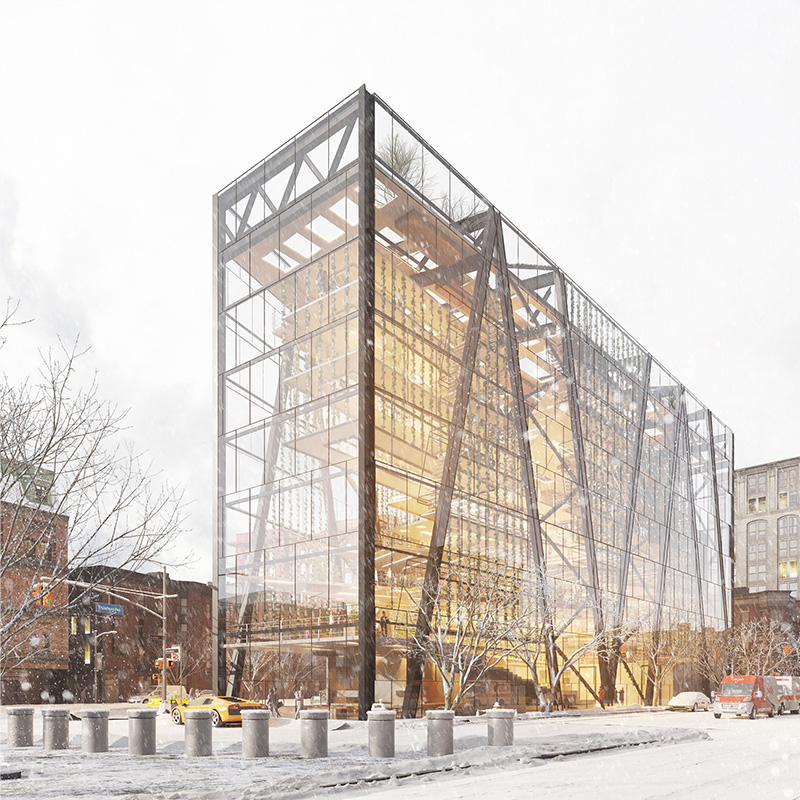